Leonardo VS Raphael VS Donatello VS Michelangelo | TMNT | BATTLE ARENA

The Strongest Turtle: Raphael or Leonardo

This category truly was the toughest to call, which is why we have decided not to make a call at all and to declare it as a draw. Namely, when sheer power is taken into consideration, Raphael is certainly the strongest among the turtles, but we cannot ignore Leonardo’s skills and his composure. This is why we have decided not to call this one, but to let you make the call for yourselves based on our arguments.

Raphael, the “red Turtle”, is usually depicted as being the most stubborn and hotheaded among the four brothers. Although the original animated series didn’t stress that out too much, later iterations did it and at one point, Raphael was even close to becoming somewhat of an antihero rather than a true hero. He is very skilled and is generally depicted as being the best fighter of the group, likewise the strongest among he four turtles. He trains the most and he always cherishes both a dangerous situation and a tough opponent, as he is always ready for a challenge. Still, where he triumphs with his powers, he lacks the necessary composure, which is why he is not the leader of the group. He cannot really control his emotions that well, he is usually angry and very sarcastic and he doesn’t always listen to reason. This is how Raphael’s strength is somewhat balanced out, as his temperament is his biggest weakness and it is really a significant one.

This is where Leonardo comes in. Namely, Leonardo, the “blue Turtle”, is the leader of the group. Although he also has his emotional outbursts, he is generally very calm and rational, i.e., he is the embodiment of a true leader. He is by far the most skilled among the turtles, as he has invested a lot in the more transcendental aspects of ninjitsu, going a level above the traditional fighting skills; he is also Splinter’s best pupil. While Leonardo is not as powerful as Raphael, he is more composed and is more skilled, which makes him stronger in a certain way. He also knows how to think straight in difficult situations, which makes him a better fighter than Raphael, who will easily lose it and – perhaps – do something stupid. The chance of that happening to Leonardo is much smaller.

Would Leonardo beat Raphael in a fight? Probably yes, but that is certainly a tough call. Raphael is stronger, but Leonardo would probably find a way – as he is a much better tactician – to defeat his brother. Luckily, they are on the same side, despite the not so uncommon clashes they have from time to time. And this is why we decided not to call this one straightforwardly, but to list both of the turtles as “winners”. 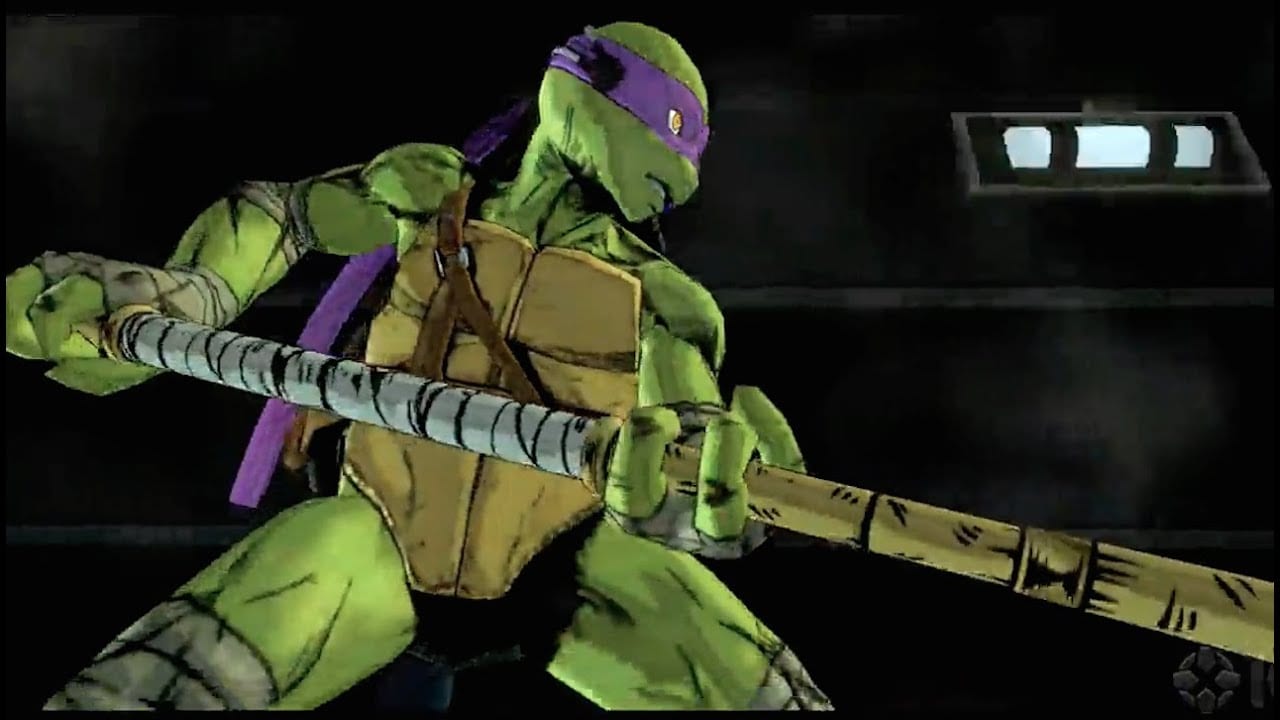 Okay, let’s be honest – pinpointing the weakest in a group of four mutant ninjas is rather silly, since all four of them are exceptionally powerful, but we had to do that too. Still, we’d like to stress out that weakest here means only that he is not as strong as the other three… not that he wouldn’t kick our asses in a matter of seconds.

Okay, now that we have cleared this up, we can state that the weakest among the turtles is Donatello, the “purple Turtle”. Donatello wields a bō staff that is exceptionally effective when in his arms, but the fact is that Donatello is just not that focused on fighting. He is an inventor and the creative genius of the group and although he is a great fighter, his powers just don’t match those of his brothers, simply because that is not his primary goal, nor was he imagined to be “that turtle”. Donatello prefers inventing and brainwork to classical fighting, which is why we have listed him as the “winner” in this category, although – and we cannot stress that enough – he would kick our asses in a matter of moments because he is still quite skilled in ninjitsu. 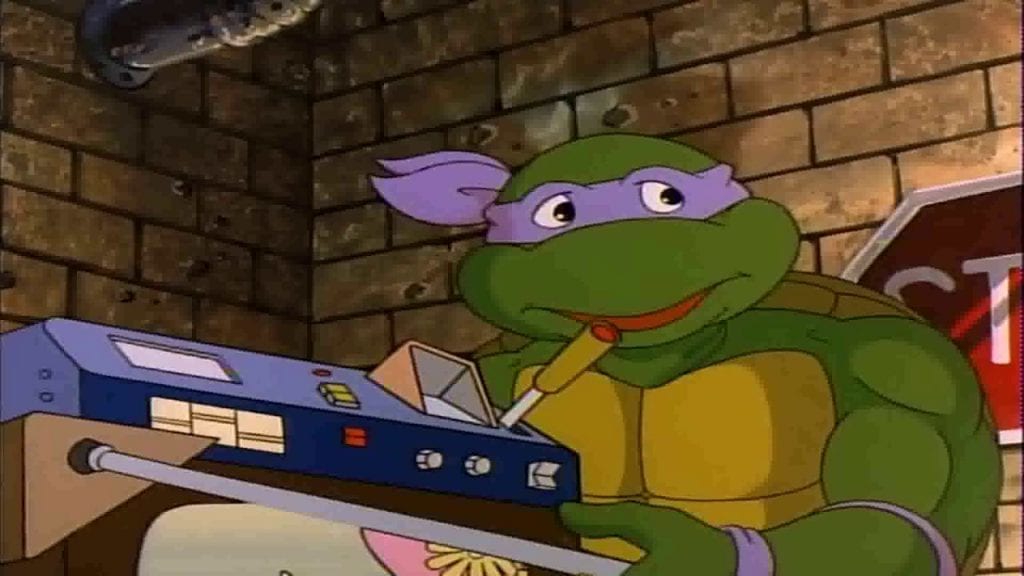 Do you all remember the intro of the original TMNT series from 1987? You don’t? Let us revisit it:

One of the most epic cartoon intros ever says “Leonardo leads, Donatello does machines“, right as the “purple Turtle” is depicted working on an overly elaborate coffee-making machine that, of course, backfired and explodes. The animators wanted to make the children laugh, but the lyrics don’t really lie as Donatello really is the smartest among the turtles.

This was really a no-brainer, as Donatello is both depicted and described as being the smartest among the turtles. He is an inventor and was able to come up with a variety of very useful inventions throughout the comics and TV shows. He is also very curious and well-read, much more than any of his brothers, which also makes this a pretty clear situation. Although his inventions tend to backfire and be overly elaborate (which reminds us a bit of Wile E. Coyote) from time to time, this doesn’t really change the fact that he is a genius and that he is definitely the most creative among the turtles. This is why we have listed him as the clear “winner” in this category.